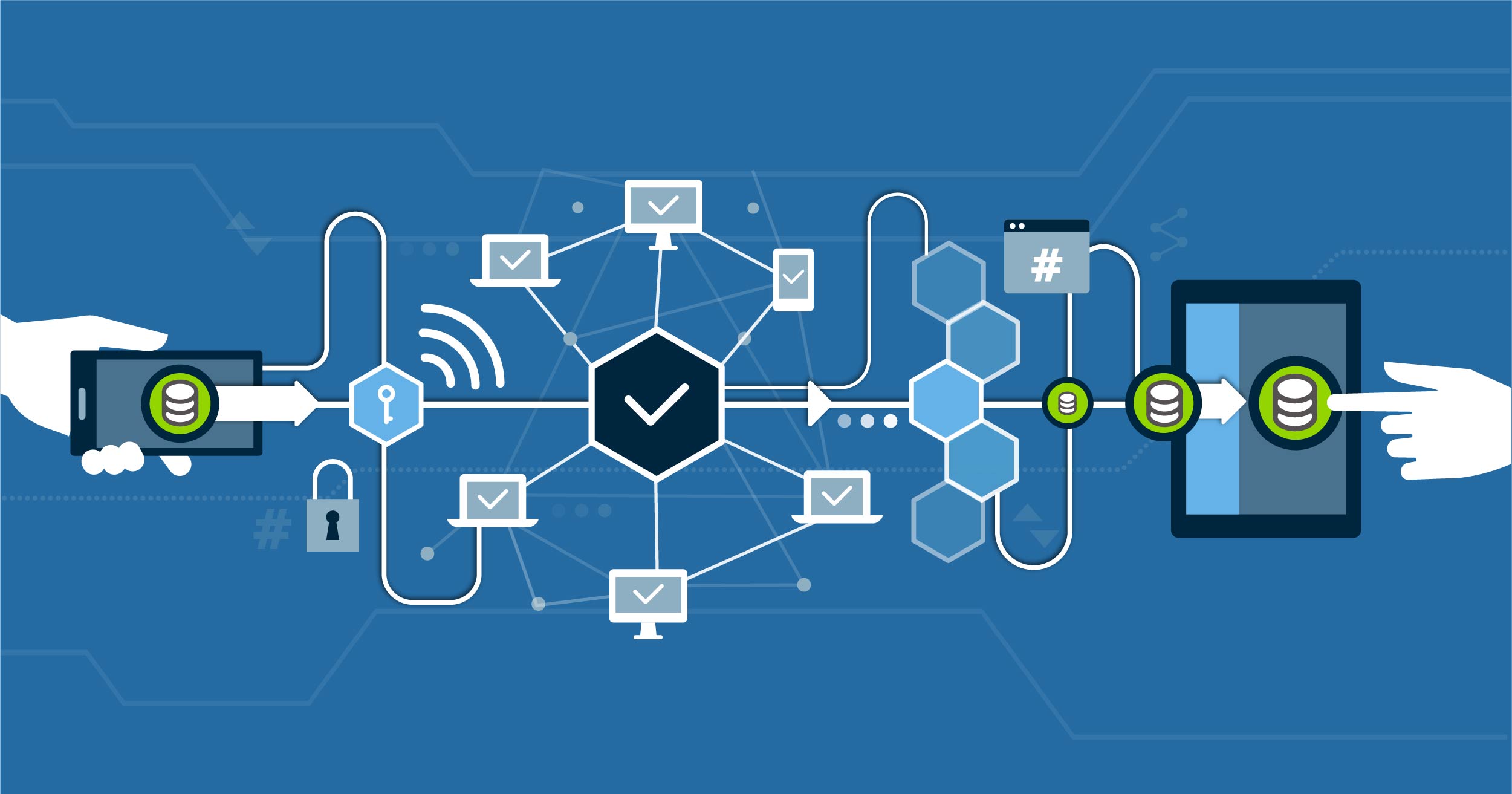 Unless you’ve been living on a remote island somewhere, chances are you’ve heard something about blockchain. The reality is that the adoption of blockchain is growing, creating big changes in the way insurance companies do business. In part one of this two-part article, we’ll look at the basics of this technology — what it is, where it got its start, and the potential impact on the insurance industry.

Today, some insurance companies are considering blockchain as a potential solution to improve underwriting, claims processing, and carrier-to-carrier communications as well as to streamline premium payments, client and agent onboarding efforts, and the transition from a paper-based to a digital workflow. But while it’s easy enough to understand blockchain’s benefits, what it is and how it works aren’t as crystal clear.

What Is Blockchain Technology?

Blockchain is a form of mutualized record keeping in a time-stamped ledger — also known as distributed ledger technology. In the simplest terms, it’s a database that offers a secure place in which to store, share, record, and process digital transactions. Another way to describe it would be to think of it as a massive spreadsheet that has been duplicated across a network of computers.

What Makes It Different from a Traditional Database?

Blockchain is similar to a common database model in that it stores large amounts of data. But instead of information being housed in a single location, records are distributed over the network in blocks. This process makes it less likely a hacker can corrupt the data, as altering a block of information at any point in the chain would require computer power capable of overriding the entire network.

Another key differentiator is that traditional databases are typically controlled by a central administrator, an individual who grants permission for others to access, view, delete, and make changes to saved data. In contrast, blockchain technology is essentially self-managed. Using a peer-to-peer ledger of data records (referred to as blocks), it links individual blocks in a chain with a time and date stamp that cannot be compromised. Blockchain’s immutability essentially prevents the manipulation and deletion of information once the data has been validated.

Blockchain initially got its start in the financial sector. Have you heard of bitcoin? Well, blockchain is the technology behind it. Created as part of the bitcoin cryptocurrency network to bypass government currency controls, bitcoin helped simplify digital processes and make transactions secure by eliminating third-party payment processing intermediaries (such as banks). With it, every transaction creates a block that’s added to the chain for those on the network to view and verify, allowing two entities to conduct a payment directly and in a more secure manner.

Today, many financial and insurance companies currently use tokenization – an application that cleanses sensitive payment data by capturing and tokenizing payment information – as a readily available alternative to blockchain to eliminate risk. Capable of integrating with new and legacy core systems, this technology can support core policy, billing, and claims systems, all without having to undergo a major system overhaul.

The Potential Impact on the Insurance Industry

To remain competitive, most insurance companies are aggressively adopting new digital strategies at a fast clip — including gadgets and instruments that are connected to the “Internet of Things” (think usage-based insurance, wearable devices, etc.). The large amounts of data generated are being used to develop and improve actuarial models, claim processing, and fraud detection and prevention — to name just a few. However, all this data collection and sharing can create gaps in visibility and processes, leaving room for inaccuracies and providing opportunities for fraudsters if not carefully managed. Blockchain’s capacity for information storage, transparency, and security makes it attractive to the insurance industry and is why we’ll see more brokerages, insurers, and regulators actively exploring ways to adopt the technology to take advantage of its many benefits over the next several years.

Today, blockchain is being considered for a variety of applications; however, for the insurance industry to incorporate it will require a better understanding of what it is and how it works. A research report by SMA, “Blockchain in Insurance: Insurer Progress and Plans,” revealed that among companies surveyed, only 33% of property and casualty insurers indicated having an understanding of blockchain and its potential benefits, with life and health insurers coming in at 21%.

As more information about blockchain becomes available, we’ll most likely see it begin to play a bigger role as insurers consider this and other insuretech applications as part of their core initiatives over the next several years. Stay tuned for part two of this blog, as we take a deeper dive into specific blockchain applications, including key issues and possible limitations.

The Insurer's Guide to Going Digital

Want to know more about how insurers are using blockchain and other digital solutions today? Download the the eBook for the latest tech trends in insurance!

Chris Piwinski is a Product Marketing Manager at One Inc, focusing on “what’s now” and “what’s next” in insurance technology.